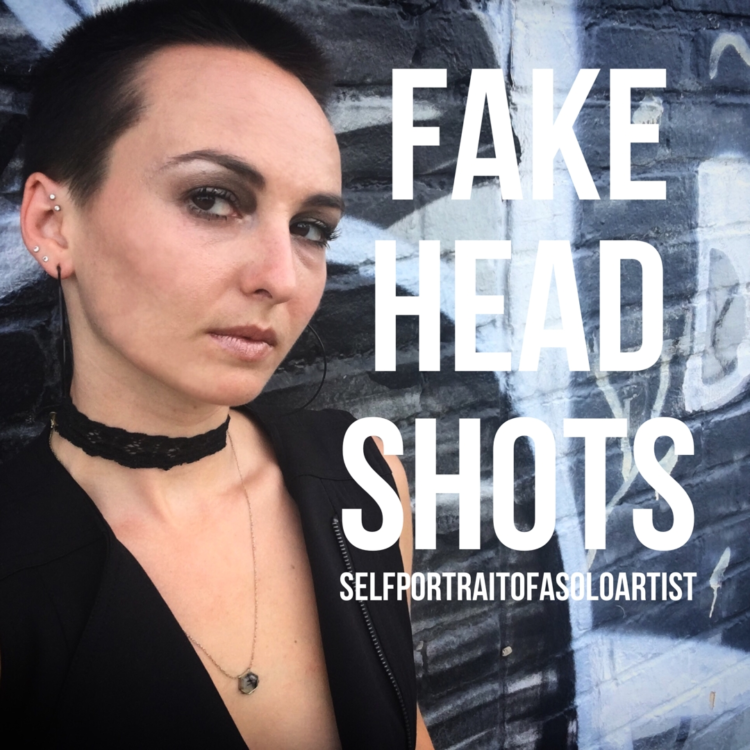 One thing you don’t think about when you shave your head is that you will have to have a new head shot every two weeks while you’re growing your hair back out because your hair never stops changing from one awkward phase to another.

OK let’s be real.  Nobody has time for head shots every two weeks.  So I’ve started trying to take them on my own.  Selfie style.  Now there’s a difference between self portrait photography and selfies, and head shots are a whole other beast entirely.   I’m not saying these are great works of art or even all that passable as head shots, but I have been using some of these as head shots lately.  One of them I literally took right outside of an audition.

The thing that’s interesting about head shots is that you have to:

1) Show your true self.  Let your personality and unique quirks shine through.

2) Be a blank canvas, so casting directors can project whatever they like on top of you.

3) Know what characters you generally get cast as and cater to that type.

So obviously those are three contrasting things.  My usual strategy for taking head shots is to look like myself, but tone down my eye shadow and let go of all my Metal Ballerina grit and edge so I look like I can play a nice little high school girl, and then let my photographer project whatever it is that he or she sees in me onto the image.  I figure if my photographer sees a particular trait or character in me, then a casting director will probably see it too.

The head shots that I use (or used- pre head shaving) are not a reflection of how I see myself, but that’s not their purpose.  Their purpose is to get me jobs.  And every once in a while I do get jobs.  My pre head shaving head shots look exactly like everyone else’s.  I look like a nice actor with nice skin and nice teeth and nice hair, with a little bit of passion, but not passionate enough to disagree with a director on a character choice.

Now… well, I’m not even sure what I look like now.  Maybe yall can check out my head shots and tell me what I look like.  I don’t look nice though, that’s for sure.  My makeup isn’t perfect.  There isn’t a nice glowy background to make me look like an angel or the teacher’s pet.  I look more like myself.  And I’m a character.  I’m the Crazy Girl in Interludes.  I’m the Metal Ballerina.  I’m a ghost tour guide.  AND I’m an angelic teacher’s pet.  Is that a castable character?  I have no clue.  Am I narrowing my chances at getting cast?  Probably.  Am I standing out from all the other actors?  I hope so.  Am I being considered as rude or disrespectful for submitting iPhone selfies as head shots? Hopefully not, but probably yes.  Does it make it look like I don’t care about my acting career with unprofessional head shots?  Again, hopefully not, but probably yes.

One interesting thing that I’ve noticed is that the characters that I’m submitted for have changed since I shaved my head and started submitting iPhone head shots.  Back when I had hair, I would usually get called in for roles like BLOWJOB GIRL, BATHROOM SEX GIRL, STRIPPER, and strangely enough a few MOM COOKING SPAGHETTI type roles.  Now that I have the haircut of a 12 year old boy, I’m getting submitted for characters that are not identified by a stereotypical portrayal of gender.  Which is actually really nice.  I’m getting to play with real characters with real emotions.  There’s not a whole lot of lines, but at least they are real.  And I’m even being looked at for roles that are identified entirely by their hair.  This past month I’ve gone in for WOMAN WITH MULLET and WOMAN WITH DREADLOCKS, even though my hair is literally two inches long.

I haven’t booked anything since I shaved my head, but I’m still hopeful.  The casting directors are having fun commenting on how fast my hair is growing, and my agent says he wants to rub my head.  I may or may not be castable looking like this, but I am undoubtably memorable.  And I’m down with that.

We’ll see what happens as my hair grows back to its old length.  Maybe WOMAN WITH BUZZ CUT will come up and I’ll be absolutely perfect for the role.  Maybe I’ll make a Fake Head Shots Part 2 sequel to this post if I stumble into any new insight, or come up with some really good (or really bad) iPhone head shots. I’m planning on going back to taking professional head shots once my hair is back to normal, but I’m not entirely sure if I’ll go back to the nice school girl way of marketing myself.  There’s a fine line between acting and being yourself, and that line is always there, on and off of the stage/screen/canvas/page/street/bed/chair or whatever it is that you happen to get on and off of.  I guess I’m trying to find a new spot on that line.  Maybe that means that I actually don’t care as much as the other actors.  Maybe it means that I care even more.

So anyway, if you’re looking for a union actor to be in your new film set on a post-apocalyptic Isle of Lesbos, this is what I’ll look like for the next two weeks.  Call my agent. 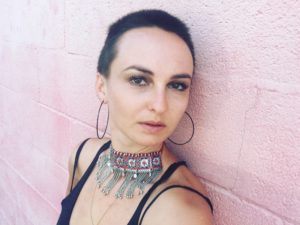 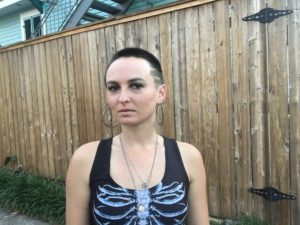 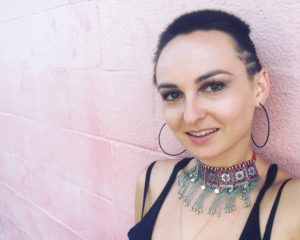 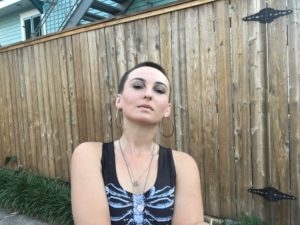