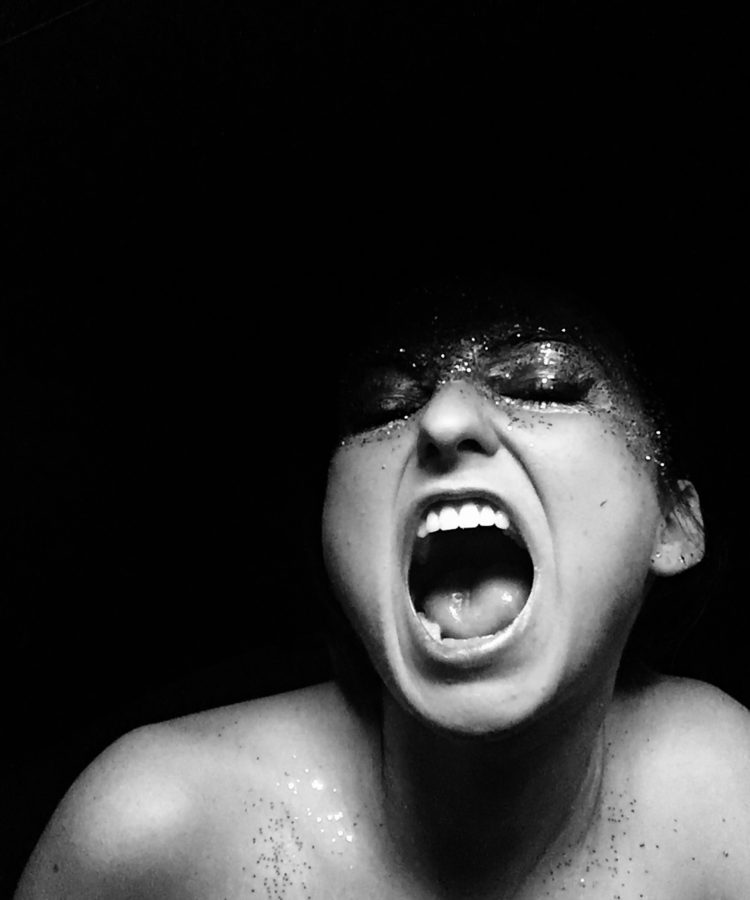 Contrary to common stereotypes, eating disorders affect all kinds of people, regardless of gender, ethnicity, age, socioeconomic status, sexuality, or background. In fact, 30 million Americans will struggle with an eating disorder at some point in their lives.  But despite the staggering number of people affected and the reality that they have the highest mortality rate of any mental illness, eating disorders often live in the shadows and most people don’t get the help they deserve. –nedawareness.org

There’s a saying in the ballet world: “You look healthy.”  It’s the lowest, most degrading thing a dancer can say to another dancer, and to this day when I hear the word “healthy” it still sends a chill down my spine.  It means that you look fat.  I stopped eating at the age of 10, and never adopted a “healthy” eating habit for the rest of my career.  It’s easy to convince yourself that you aren’t good enough when you spend all day every day in a leotard and tights in front of a wall of mirrors while your teacher points out everything that is wrong with you.  Now I’m retired and have no need for a specific body type,  but I still have to make a conscience effort to eat, and I still feel that terrible guilt in the pit of my stomach from time to time when I eat certain foods.

I know that my lack of proper nutrition throughout my adolescence, puberty, and early adulthood contributed to the injuries that ended my career.  To this day I wish more than anything that I could still dance professionally, but if I had the opportunity to do it all over again knowing what I know now, I might still make the same choices that I made years ago.  I did what I felt I had to do to succeed.

This is supposed to be a post about how terrible and dangerous eating disorders are, and how I truly regret my choices, and that I would never recommend my actions to anyone, but if I said all that I wouldn’t be truthful.  There’s a whole mindset behind these disorders that most people don’t realize exist, and I guess I’m still battling with that mindset.  This is a mindset that I’ve been working on changing for years.  This is something that “you look great” isn’t going to fix.  It’s much much deeper.

So if you’re struggling with an eating disorder, I guess I’m not the person to tell you how to recover (not yet at least).  But I can tell you that you are not alone, and that there are resources out there to help us heal both our bodies and our souls.

This series of photos was inspired by my relationship to that large wall of mirrors in the ballet studio that was always reflecting a less than perfect version of myself.  I decided that I wanted to take a turn being the mirror, and I could reflect anything that I wanted.  But I’m a human being.  That means I’m really complex, and there are more than just one, or two, or three things that I want to reflect.  So I decided to cover myself with a million little mirrors… aka GLITTER!  And I discovered that there is no rule saying that you have to be happy 100% of the time while wearing glitter.  Of course I did have a lot of fun wearing glitter, but I was also able to express feelings of anger, fear, and hatred towards my fabricated body image.  And it felt really good to let those feelings out.  It was a step in the healing process.

If you or someone you know are struggling with an eating disorder, check out nedawareness.org for help and information. 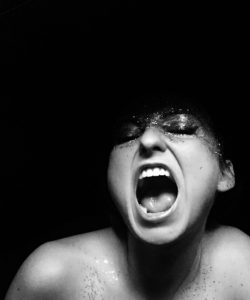 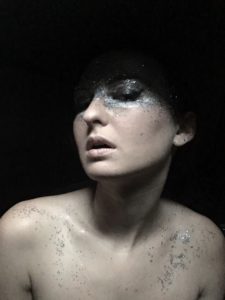 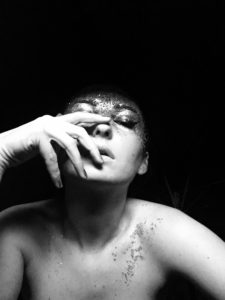 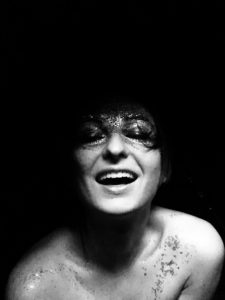 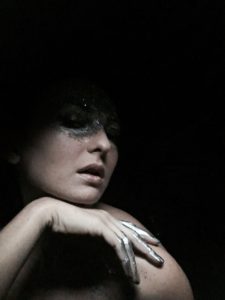 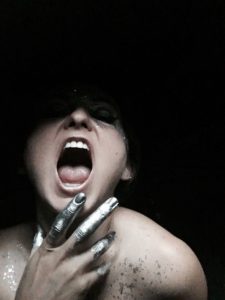 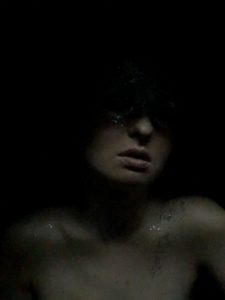 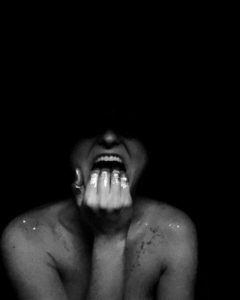 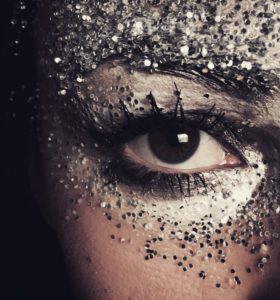